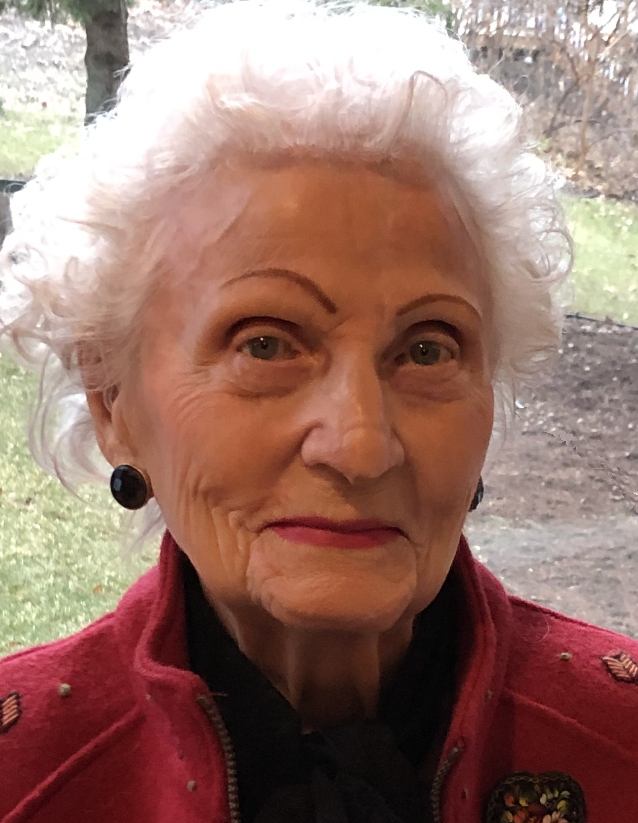 Please share a memory of Ruby to include in a keepsake book for family and friends.
View Tribute Book
Ruby was born on August 7th, 1923, in Landa, North Dakota to Bertina and John Foss. She was the youngest of eight children. Not yet in school, Ruby moved with her family to Frontier, Saskatchewan, Canada, where they lived for the next 13 years. Ruby has vivid memories of her time in Canada, struggling through the great depression, surrounded by family and friends that made sure there was always plenty of food and fun. With the death of her father, and rumors of war, the family moved back to the United States, landing for a short while in Big Sandy, Montana, where Ruby met Bill Larson, a local farmer. Their romance was put on hold for a number of years while Bill served in WWII. During this time, Ruby and her family moved to Kalispell, Montana, where she and her sisters opened the White Cottage Café. Like many women of the day, they proved to be capable business people, earning enough money to purchase a home for their mom. During this time, Ruby also worked as a bookkeeper for the Yale Oil Co. After four years, the war ended. Bill returned and they were married on November 25th, 1945 at Bethlehem Lutheran Church in Kalispell. In the next three to four years, Bill and Ruby transitioned to the family farm in Big Sandy where they raised their kids and carried on with life. Ruby was not afraid to help with the many tasks of farming, able to maneuver machinery when needed. She was also a talented artist and a fine singer and a wonderful homemaker. Her priorities were consistent: to bring love and care to her spouse, to her family and to her friends. At the heart of it all was her deep and abiding faith in God, and her willingness to put her faith to work for the sake of others. Eventually, Bill and Ruby moved from the farm into Big Sandy where they lived until Bill’s passing in 2006. In these latter years, Ruby lived in Phoenix with her sister, and then moved to Lakeville, Minnesota, where she lived with her son & daughter-in-law until her death on July 4, 2021. Ruby was preceded in death by her parents, her spouse, and her siblings. She is survived by her children: Lana (Mike Rawlings) Larson, Lon (Margaret) Larson, Chris (Ann Burroughs) Larson, Curt (James Kottke) Larson and Lorrie Larson; grandchildren: Brent Robertson, Lesli (Gary) Shelton, Abby Larson, Anna Larson, Chad William Larson, Meghan Elizabeth Larson, Katie (David) Mayer and Kalen Young Larson; and great-grandchildren: Megan Robertson, Logan Robertson, Payton Robertson, Sterling Shelton, Garren Shelton, Elin Mayer, Anabel Mayer, Henry Young, Thayer Young. Additionally, we extend our thanks to Hospice for their exceptional care in these last days; we are thankful for Mom’s physicians and nursing staff who over the years have provided love as well as care; and not least of all, we are thankful for the wonderful assistance of Margaret’s sister, Carolyn Olson, who in these last years, has been a daily comfort and source of love to us all. Funeral Services are scheduled for 1:00pm on Monday, July 12, 2021, at the Church of God, 377 2nd Avenue, Big Sandy, Montana. Memorials preferred to donor’s choice. Arrangements will be handled by: Holland & Bonine Funeral Home 210 3rd Street Havre, Montana 59501 (406)265-4371 www.hollandbonine.com
To send flowers to the family or plant a tree in memory of Ruby Larson (Foss), please visit Tribute Store
Monday
12
July