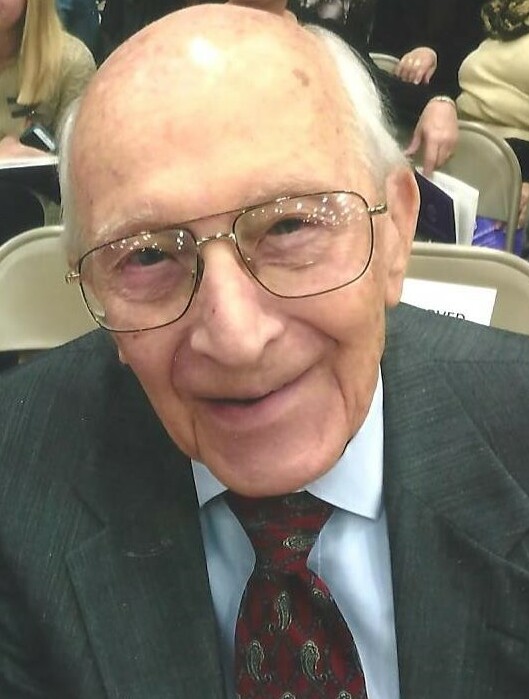 Please share a memory of Robert Thomas to include in a keepsake book for family and friends.
View Tribute Book
Robert Thomas ‘Tom’ Starr July 6, 1927 – October 25, 2021 Tom Starr, 94, of Maplewood, passed into eternity at the VA Medical Center in Minneapolis on Monday, October 25, 2021. Tom was born July 6, 1927, in Council Bluffs, Iowa, to Floyd & Fern Starr, the fifth of 7 children. Tom grew up in the St. Paul area, a 1945 graduate of Minnehaha Academy in Minneapolis, & a proud member of the Minnehaha Singers & the King’s Messengers gospel quartet. He attended Wheaton College & Bethel before earning a BS in Education at the University of Minnesota. To that he later added an MA degree from UW-River Falls. Tom married Ardyce Maurine Carlson on March 27, 1951 and left 3 days later for a year-long US Army deployment along the West German/Czechoslovakian border. Tom had a commitment to education and has always connected well with young people. He taught English, History & Reading and served as a counselor in the Roseville and St. Paul school districts as well as the Department of Defense Schools when he returned to Europe with his family in the 60’s to plant Young Life in Germany. Young Life meant a lot to Tom. He started the first club in Minnesota and spent many years leading College Club and training leaders. In 1975 he and Ardy returned to Germany once again, to work with the US chaplains’ corps as a director of Young Life’s ministry to American High School students. Tom‘s faith and desire to serve Christ was evident throughout his life. In his later years, Tom & Ardy lived in California, managing the Chimney Sweep Inn in Solvang, CA and in Tucson, AZ where he worked as a Chemical Dependency Counselor with Casa De Vida. In 2010, they returned to Minnesota. Everywhere they lived, Tom was actively involved with his church, teaching classes, counseling and serving wherever needed. Tom loved books, trains, travel, puzzles, music, humor, history, and black licorice. Among his family and their penchant for nicknames, he was known as “Constant Comment”. As someone described it, teasing was his love language. Tom loved to talk, but also to listen and there are many who’ll tell you of long and thoughtful conversations as well as all the banter. Tom deeply loved his family and is dearly missed by them. Tom & Ardy had 3 children and celebrated their 70th wedding anniversary last year. Tom is the last of his generation. He was preceded in death by his parents and siblings, Fern ‘Sis’, Ed, Jack, Bill, Chuck & Chet as well as a son, Rob, a daughter, Jean, and son-in-law, Andy. He is survived by his wife, Ardy, his son Jack (Cheryl), grandchildren Leah (Kieran) Adcock-Starr, Henry (Shannon) Golden-Starr, Arden Pifer, Starr Brainerd, Celesta Brainerd, & Kay (Jay Ross) Rossbach; and a whole slew of nieces and nephews, all of whom he insisted, call him their favorite uncle. The memorial service will be 11:00 Thursday, April 21st (visitation at 10) at First Evangelical Free Church, 2696 Hazelwood Ave., Maplewood, MN, with Pastor Todd Olson officiating. Memorials to Young Life or First Evangelical Free Church are appreciated. Arrangements are by Anderson Funeral Home.
To send flowers to the family or plant a tree in memory of Robert Thomas Starr, please visit Tribute Store
Thursday
21
April

Share Your Memory of
Robert Thomas
Upload Your Memory View All Memories
Be the first to upload a memory!
Share A Memory
Send Flowers
Plant a Tree