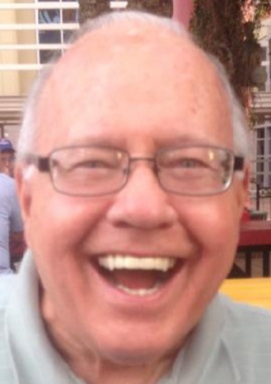 Please share a memory of Ronald "Ron" to include in a keepsake book for family and friends.
View Tribute Book
Ronald “Ron” Russell Gritzmaker, age 83 of Lake Elmo, passed away peacefully on December 14th, 2021 due to cancer. Just like he dealt with all experiences in life, Ron managed his illness with strength and grace, and wanted to spend as much time with his loved ones as possible. On his final days he was surrounded by his family, who he adored more than anything else in the world. Ron, always an “East Sider” at heart was born and raised in East St. Paul. He graduated from Johnson High School and after was admitted into St. Paul’s Local 34 Plumbers Apprentice Program in 1959, attaining journeyman status by 1964. He later became a master plumber while working for Peoples Plumbing and Heating, and he eventually became owner of in 1981. Ron is survived by wife, Carol, whom he met and wed in 1964. They were happily married for 57 years. They enjoyed traveling, spending time at their home on the lake, winters in Arizona and family events. He was father to James (Sara), Timothy (Melissa) and Kimberly (Will); grandfather to Aaron, Alysha, Haley, Zachary, Mikayla, Syvanna, Pierce, and Paige, and 3 great-grandchildren; brother to his twin Donald; and many nephews & nieces; sisters-in-law; and brothers-in-law. He was preceded in death by parents, Fred & Virginia; and sister, Audrey. Ron was involved in many East Side organizations including Payne Arcade Business Association, East Side Lions where he was awarded the prestigious Melvin Jones award for exemplary service to his Lions Club and East Side Community to which it served. He was also involved with Boy Scouts Troop 9 and Beaver Valley Scout Camp. After retiring, Ron became involved with St. Paul Winter Carnival in 1998 as Prince of the East Wind (Euros). He continued to participate and be involved for numerous years by serving on many committees and attending events. He was an avid golfer and enjoyed his men’s league for many years. Ron enjoyed showing his classic Mercury at the North St. Paul Car Show on Friday nights. Ron’s exuberant smile, his zest for life, and never-ending love for spending time with his family & friends, sharing laughs and good times, will be greatly missed but never forgotten. Visitation is from 4:00PM - 8:00PM on Tuesday, December 21st, 2021 at Anderson Funeral Home, 1401 Arcade Street (Hwy 61), Saint Paul. Funeral Service is 11:00AM on Wednesday, December 22nd, 2021 at King of Kings Lutheran Church, 1583 Radio Drive, Woodbury, with Visitation 1 hour prior. Interment and luncheon to follow church service.
To send flowers to the family or plant a tree in memory of Ronald "Ron" Gritzmaker, please visit Tribute Store
Tuesday
21
December

Share Your Memory of
Ronald "Ron"
Upload Your Memory View All Memories
Be the first to upload a memory!
Share A Memory
Send Flowers
Plant a Tree