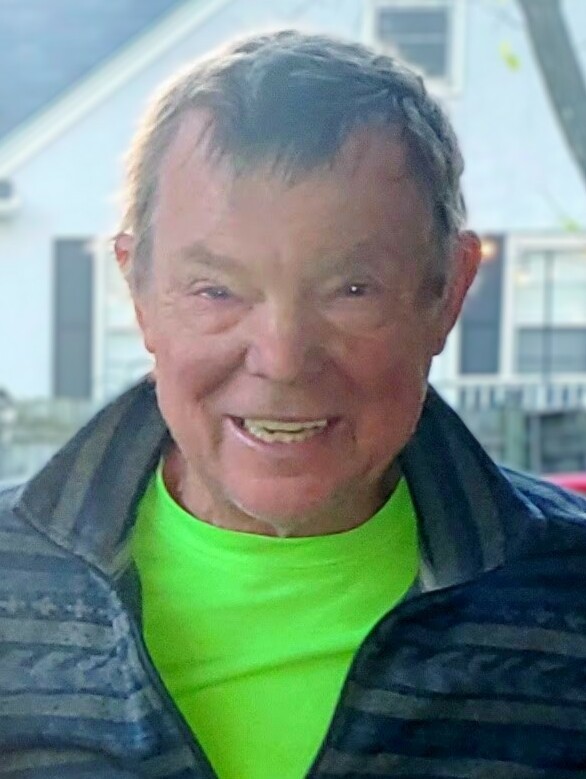 Please share a memory of Dale to include in a keepsake book for family and friends.
View Tribute Book
Dale Leroy Johnson was called to heaven unexpectedly on Sunday, January 23, 2022 at the age of 63. Dale was born on January 31, 1958 to James “Jim” and Mildred “Millie” (Anderson) Johnson. During his early childhood the family lived in the Maryland & Payne area of St. Paul Minnesota. The family later moved to an acreage in Vadnais Heights, Minnesota, where he and his siblings spent many hours exploring and playing in the woods surrounding the home and playing with the Wilke boys. Dale started working for Buerkle Buick when he was about 14 mowing grass and remained employed by Buerkle, as well as various other auto dealerships along Highway 61 in White Bear Lake, including White Bear Lincoln Mercury and White Bear Dodge. His later years of working were spent at Buerkle Honda and Hyundai, working there until he retired in 2021, hardly ever taking a day off. Dale married Debra Lee Morrison on January 29, 1983 in White Bear Lake. Dale & Deb made their home in North St. Paul and raised their four children there. He was a devoted loyal husband and loving supportive dad. He was always there for his kids no matter what. When the grandkids started coming, Dale was a natural born Grandpa. In fact, he was waiting just outside the door of his daughters’ hospital room to hear the first cry of that first grandbaby. Dale adored each of his 14 grandkids and nothing made him happier than spending time with them. He could often be seen taking a walk or sitting on the porch swing with one of his grands. Dale was a bit of a prankster and liked to scare you if he had the chance. He just enjoyed making people smile. Dale always put others, whether family or strangers, before himself and was always willing to go out of his way or go the extra mile to help someone out. One of his accomplishments that he was most proud of was finally completing the enormous job of painting their 3-story home. Dale loved the outdoors, doing any kind of work with his hands whether fixing a car for one of his daughters or his wife, mowing and plowing with his son, Travis, or just taking a walk with his grandchildren. Whatever he did he put his whole heart and strength into it. Dale accepted Jesus Christ as his personal savior in 1992, and he strived to live his life in a way that showed others the love of Christ. He lived life in such a way as to set an example for his children and grandchildren that will continue for generations to come. Dale was preceded in death by his parents, James & Mildred (Anderson) Johnson; his grandparents, John & Hattie Johnson, Henry & Selma Anderson; and nephews, DJ Johnson and Stuart Johnson. Dale is survived by his wife of 39 years, Debra of North St. Paul; three daughters, Crystal Johnson (DJ Lundgren) of White Bear Lake, Jenna Johnson of North St. Paul, Brittney Johnson (Ryan Branter) of Oakdale; one son, Travis of North St. Paul; fourteen grandchildren: Logan, Ayden, Rorey, McKenzie and Elijah Lundgren (children of Crystal Johnson & DJ Lundgren), Wyatt, Charlie and Pearl Marty (children of Jenna Johnson), Ethan, Jax, Nolan, Harper and Nevaeh Johnson (children of Brittney Johnson), and Westin Johnson (son of Travis Johnson); two brothers, Darrell (Carol) Johnson of Oakdale, and Dean (Carolyn) Johnson of Cairo, Nebraska; and one sister, Carol Morgan of Shoreview. He is also survived by many aunts, uncles, nieces & nephews, and cousins. Visitation is 5:00 – 7:00PM on Thursday, January 27, 2022, and continues at 9:30AM on Friday, January 28, 2022, with a Funeral Service at 10:00AM, all taking place at North Haven Church, 2240 15th Avenue, North St. Paul. Memorials preferred to the family.
To send flowers to the family or plant a tree in memory of Dale Johnson, please visit Tribute Store
Thursday
27
January

Share Your Memory of
Dale
Upload Your Memory View All Memories
Be the first to upload a memory!
Share A Memory
Send Flowers
Plant a Tree