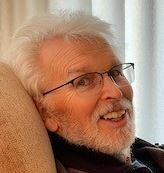 Please share a memory of John to include in a keepsake book for family and friends.
View Tribute Book
John Alexander Kuderka died on Monday, January 31. John was born in St Louis Missouri and raised in Dumont, New Jersey. He attended Rutgers University, graduating in 1968 with a BA in history. In 1969 he was drafted into the Army and was sent to Vietnam. Discharged in December of 1970 he returned to the United States, stopping in Minnesota to visit friends. It was on that visit he met Christine Kusz. After a long-distance courtship Christine met his family and they drove to Saint Paul in his Volkswagen Beetle. They married on July 10, 1971 and settled on the East Side raising two children, Jay and Jessica. John worked for Armour and Company first; working for the State of Minnesota in 1973. During that time he attended the University of Minnesota and obtained a Certificate in Industrial Relations. He worked for a number of different state agencies over the years including his service in Labor Relations as a labor negotiator and eventually Chief Negotiator. He also worked for the Bureau of Mediation Services as a Director and Mediator until he retired in 2004. John was first and foremost a family man, loving his 2 children and their spouses and his 4 grandchildren. He volunteered with the Phalen Youth Club, coaching baseball and basketball, eventually serving as president. He was an avid gardener and the family cook. He bowled and golfed in state leagues for over 30 years. He loved his grandchildren with all his heart, teaching them to fish, attending their events, traveling to visit with them often. He was diagnosed with Alzheimer’s in 2020 and his progression was severe. While he lost all cognition and short term memory, he maintained his love of family and kindness. Sadly, he contracted Covid (yes, boostered) about 3 weeks ago and combined with the Alzheimer’s it attacked his lungs and ability to swallow or breathe. While it’s way too early and we weren’t emotionally ready, he mercifully passed on Monday, January 31 at the age of 75. His family and friends loved him very much and he loved them sharing his love, kindness, commitment, loyalty, hard work, teamwork, humility and so much more with each of them. John is survived by his wife Chris who lives on the east side. His son Jay Kuderka lives in Carlsbad CA with wife Melanie and their two daughters Keira and Sienna. His daughter Jessica Simmons lives in West St Paul with husband Timothy and their son Avery and daughter Evelyn. John was preceded in death by his parents John and Cora Kuderka and his brother Mark and sister Claire. He is survived by his brothers James (Pat) and Carl in Cleveland, Ohio and his brother Christopher in Bergenfield, New Jersey. A celebration of life will be held at a future date. Two quotes John carried in his wallet to use when comforting others who were experiencing the grief of losing someone they loved: “They are not dead who live in the hearts they leave behind.” A Tuscarora Proverb “I give you this one thought to keep. I am with you still. I do not sleep”. Unknown
To send flowers to the family or plant a tree in memory of John Kuderka, please visit Tribute Store

A Memorial Tree was planted for John
We are deeply sorry for your loss ~ the staff at Anderson Funeral Home
Join in honoring their life - plant a memorial tree
Services for John Kuderka
There are no events scheduled. You can still show your support by sending flowers directly to the family, or planting a memorial tree in memory of John Kuderka.
Visit the Tribute Store
Print
Online Memory & Photo Sharing Event
Online Event
About this Event