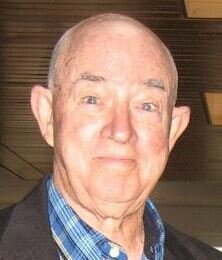 Please share a memory of Roger to include in a keepsake book for family and friends.
View Tribute Book
Age 85, of Hudson WI Formerly of St. Paul Passed away peacefully on June 21st, 2022. Preceded in death by parents Burt and Betty Wigen, brother David and son Roger Craig. Survived by his wife of 65 years Peggy, sons Jeff; Bruce (Joan) and daughter Tracy (Derek) Johnson. 11 grandchildren and 4 great grandchildren. Sisters Janice Ratliff and Marsha (Steve) Gliniany. Roger grew up on the eastside of St. Paul. He graduated from Johnson Senior High school after a state high school hockey championship win in 1955. He furthered his education at the University of Minnesota where he graduated with a bachelor’s degree of science. Roger retired from 3M after a successful 35-year career in transportation policy and industry affairs. He served on several logistic committees including an appointment from President George Bush as the commissioner to the Advisory Commission on Conferences and Ocean shipping and chairman of the National Industrial Transportation (NIT) league. In 1996, he earned the John T. McCullough Logistics Executive of the year award for outstanding achievement. Roger was an avid golfer, quick witted and valued lifelong friends. Funeral Service will be held on Tuesday June 28th at 11am with visitation 1 hour prior at St. Casimir's Catholic Church, 929 Jessamine St. Paul. Luncheon immediately following at Keller Golf Course Ballroom. Memorials preferred to the charity of your choice.
To send flowers to the family or plant a tree in memory of Roger Wigen, please visit Tribute Store
Print
Tuesday
28
June