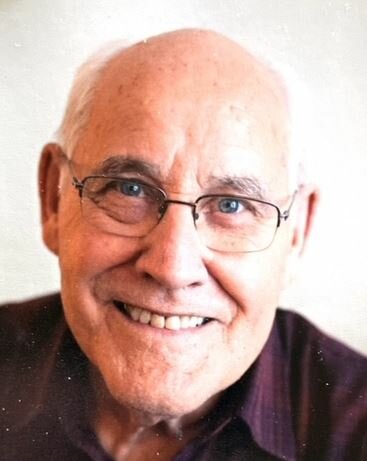 Please share a memory of Perry to include in a keepsake book for family and friends.
View Tribute Book
4/5/1935 – 6/28/2022 Perry Shortridge, age 87, was born on April 5, 1935, the youngest of five children: Stanley, Audrey, James, and Marilyn in the James and Alice Shortridge home in Nevis, MN. In 8th grade he met Marlene Lof whom he later married in August 1955. The pair moved to the East Side of St. Paul where Perry attended trade school and became an apprentice at a sheet metal company. After a few years he started a construction company with a business partner and the two of them built many homes in the St. Paul area. So many that he could point out homes, buildings, and neighborhoods he had built in nearly every part of the city. As time went on Perry became a land developer, building and owning mobile home parks, an automated car wash, a retail mall, remodeling buildings for rent, a cable water ski park in GA with his brother-in-law, among other projects. He was energetic, multi-talented and could do just about anything. He worked hard and spent time helping others. Perry was kind and generous, had an ever-present smile, and loved to tell stories. He and Marlene hosted an annual family reunion at their lake home in northern MN, an event that helped create joyful summer memories for generations of their loved ones. He took care of his family making us know we were loved and safe. It is particularly cruel that a man with so many talents and skills would eventually develop Semantic Dementia – Right Temporal Variant, a condition for which there is no cure. After 63 years of marriage, Marlene passed away in 2018 after a short illness. Since then, Perry has enjoyed the companionship and love of his two daughters, Jane, and Julie, along with his 3 adored granddaughters. Perry maintained friendships with many lifelong friends until his death. He was a gentle, fun, content, and happy man in his later years with dementia, a fact that gives his family solace. Perry is preceded in death by his parents, and three siblings. A graveside, lakeside service and internment will be held for both Perry and Marlene later this summer in Nevis, MN.
To send flowers to the family or plant a tree in memory of Perry Shortridge, please visit Tribute Store

A Memorial Tree was planted for Perry
We are deeply sorry for your loss ~ the staff at Anderson Funeral Home
Join in honoring their life - plant a memorial tree
Services for Perry Shortridge
There are no events scheduled. You can still show your support by sending flowers directly to the family, or planting a memorial tree in memory of Perry Shortridge.
Visit the Tribute Store
Print
Online Memory & Photo Sharing Event
Online Event
About this Event